JustinDB was built with a mind of a modular architecture that supports pluggable backends. It simply means that you can still use all its features along with different backends to support a variety of use cases.

There is only on requirement that needs to be considered into account while implementing your own JustinDB’s storage backend - PluggableStorageProtocol interface (you can find it here). Its neat and simple because only defines two operations:

One for fetching data, another one for putting them into. Since they may cross the boundaries of our system (in order to make IO operations) both adress asynchronicity.

The main reason for designing a pluggable persistence component is to choose the storage engine best suited for an application’s access patterns.

Currently there are two implementations of the interface that JustinDB can work with:

For example, you can combine JustinDB with In-Memory module to use it as a big data cache. Alternatively, you can setup another cluster that combines JustinDB with Persistent module as a big data database. Last but not least we are even able to define storage module per cluster node so that some of them can act as a cache and others like typical database. 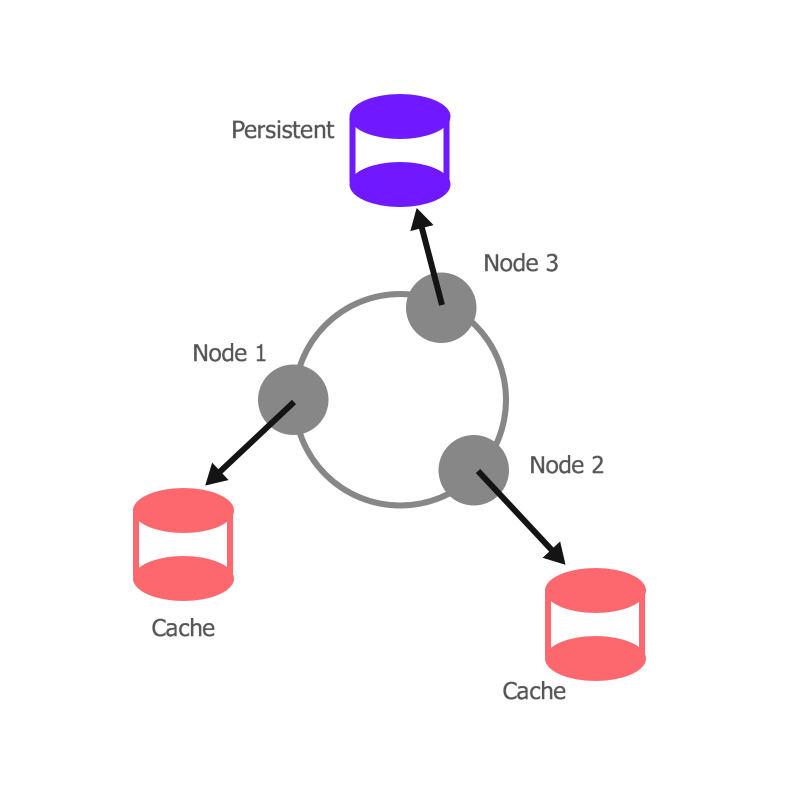 How engine is loaded 🔥

Exemplary usage taken from project (can be found here):