In the previous blogpost I’ve declared there that I’m going to take a part in contest called “Competition with cloud”.

In this post I’m going to cover what exactly I’ve prepared and achieved. It also has a secondary purpose - it’s going to serve as a final presentation for jury.

My plan minimum is simple - Initializing Multiple Data Center Clusters on JustinDB. I will use e24cloud + AWS/Scaleway as public cloud providers pair. 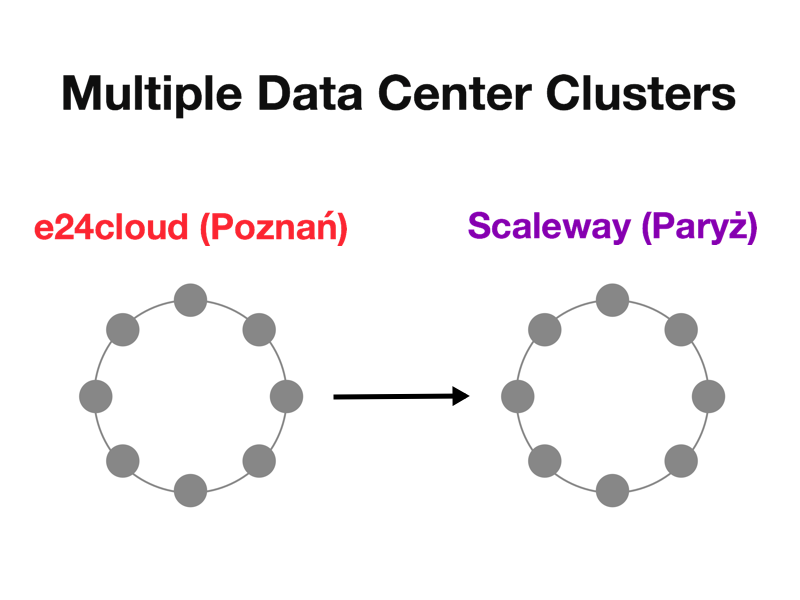 JustinDB is a distributed NoSQL eventually-consistent key-value database. It’s written entirely in Scala (both object oriented and functional programming language with strong static type system) but what actually allows database to breathe is Akka (implementation of Actor Model on top of JVM). If you would like to know more about making the decision about tooling read this post: JustinDB - why Scala and Akka?.

Every single data is identifiable by using immutable keys. Based on them and modified version of Consistent Hashing algorithm all requests (write/read) are partitioned (read as redistributed) between cluster nodes. Such cluster is a typical P2P system (nodes communicate to each other constantly to know the current state of the cluster). All nodes are equal (they do the same job/has same role) - we have masterless environment to cooperate with. 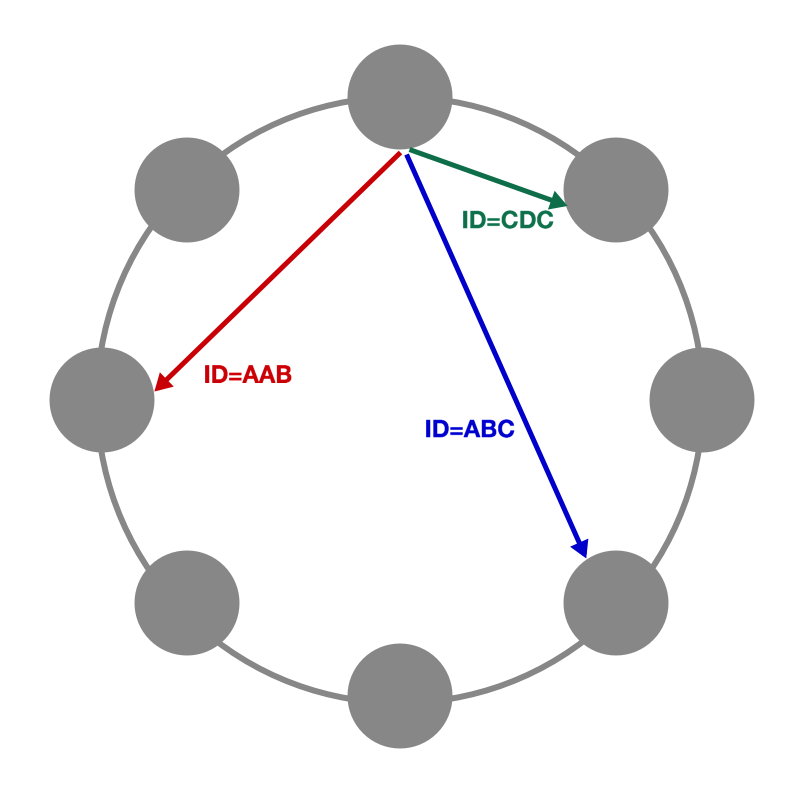 Partitioning. All requests are redistributed between nodes based on data identificator.

To make sure that our saved data is always available we need some kind of redundancy - we keep N replicas (replica = data) that are spread among possibly different physical nodes. 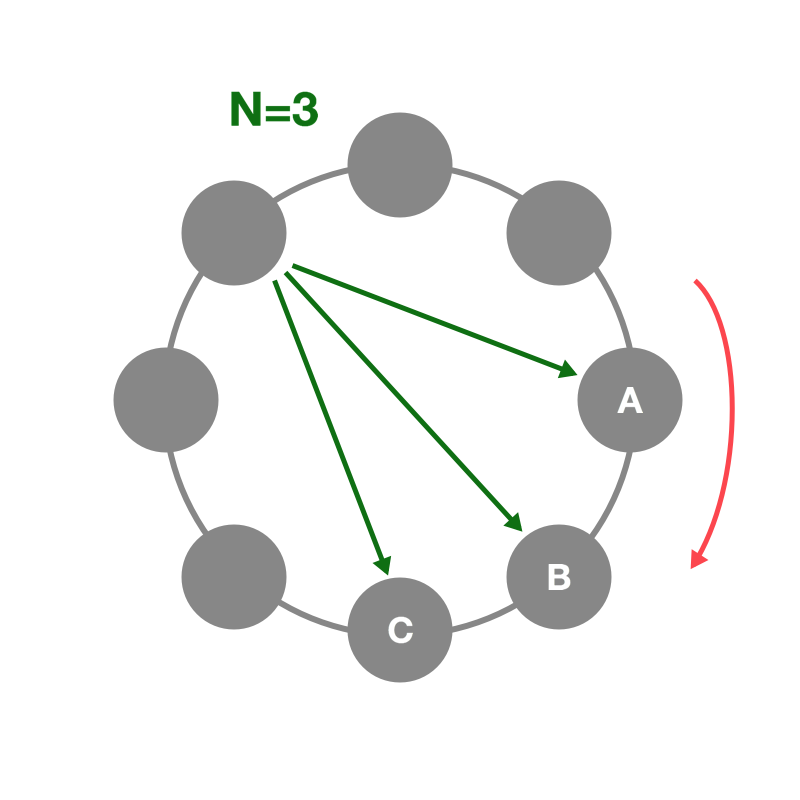 Replication. Single value is saved in N copies (here 3 times). Red arrow shows the direct of choosing nodes (node A is the first one; in our exemplary scenario in case of saving just single replica it would be put only there).

If you are more interested about the whole topic I encourage you to read the following blogposts of mine:

JustinDB was developed with horizontal scaling in mind from its infancy. Many web applications, healthcare or gaming systems require this to provide disaster recovery, data geo-locality and ability to handle peak loads. JustinDB has come with new possibility to make this all even more available - Mutli-cluster Replication.

Claiming that faults across distributed systems never occur is silly (some legacy databases pretend that 🙄). Its typical that in system which consists on many running “things” some of them are not working correctly in particular point of time. The same applies even to Datacenter (yup, thats true!). That is why I’ve decided to implement one way of Mutli-Datacenter Replication mode - Real-Time. In real-time mode, continual, incremental synchronization occurs and replication is triggered by new updates. During lack of availability of one Datacenter we transparently send requests to the another one - that way our app can process users commands further.

In Multi-Datacenter Replication, a cluster can act as either the:

We can establish bidirectional replication as well when cluster plays both role to other clusters. In our final scenario however (for the sake of the simplicity) we will keep to simpler version (one direction of sending replicas) where e24cloud will act as a Primary and Scaleway as a Secondary one (e24cloud —> Scaleway).

This is how it goes:

Requirements: Its obvious that to enable replication between clusters it requires additional configuration (we need to set up address of secondary cluster node to particular node from primary one). It is important to note that both clusters must have certain attributes in common (have the same ring size). 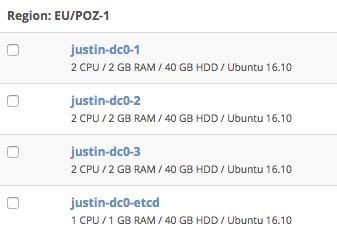 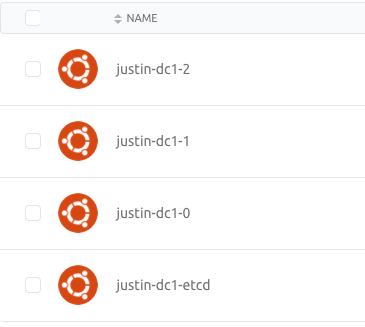 Deployed JustinDB clusters with the same configuration/size (3 nodes + etcd service discovery). On the left - e24cloud, on the right - Scaleway.

justin-dc-{1,2,3} nodes are the ones that form the real JustinDB cluster. However cluster requires establishing a set of seed nodes (for cluster bootstarping purpose) where etcd tool is used to elect the initial ones and publishing a list of them afterward (we have zero-configuration deployment therefore).

JustinDB has got dockerized a bit time ago and since then it’s a native process of installing it on any environment (VM/Clouds). You can find an official JustinDB Docker image here. Just pull it and start to play with it. 😉

Having already worked JustinDB we can get into its container and see some useful stuff.

We can discover some operation of JustinDB by using its command-line interface. Simply typing the cli command will give a usage list. Most of these commands are self explanatory, once you know what they mean.

We’ll concern ourselves with single command - clusterinfo (ci). It print to us a very valuable information about current status of the cluster (how many nodes cluster is consist of, what are member addresses and so on).

I’ve decided to record a short summary video showing that all this thing actually works. We can see that data pushed to e24cloud cluster is also replicated to external Scaleway cluster (its available to be read from there).

In this quick summary video I’ve showed that replication between two different JustinDB clusters deployed onto two different geo-regions/datacenters is duable and works in real-time manner.

I encourage you with love to track the following list of repositories that make JustinDB simply great: ❤️